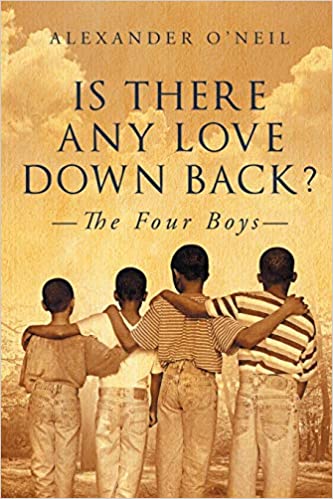 Cheyenne, Wyoming Sep 15, 2022 (Issuewire.com) – A book that is everything you would not expect it to be. An insightful and provocative account detailing the lives of four African American boys placed in foster care in the late 1940s. In this age of innovation, there are still vulnerable young people lurking around the corners in danger of homelessness, worrying about food insecurity accompanied by unimaginable abuse and neglect. What’s the price of freedom for these children?

A storybook was written from Alexander O’Neil’s genuine perspective of growing up in four Draconian foster care homes in Massachusetts, starting in Richmond, Pittsfield, and two homes in Springfield. Here comes a narrative crafted to touch and make a difference throughout someone else’s life. In this book, Is There Any Love Down Back?: The Four Boys comes to relentless strategic advocacy to put an end to child abuse and cruelty.

Here’s a fascinating glimpse of survival from a difficult childhood filled with adversity only to endure the agonies and traumas from vicious human beings. Nevertheless, kindness still exists in this world with a powerful affirmation from people you never thought would have made a difference in the life of someone else.

Moreover, let’s embark on this epic extraordinary journey of four small “colored boys” certainly designed to fill in the gaps of confronting the promise of living the American dream along with the perils of modern American society.

Alexander Robert O’Neil spent the first sixteen years of his life in foster care being shuffled from one home to another. In 1961 he was removed from the Massachusetts State welfare system and placed with his biological relatives in Springfield, Massachusetts. In 1963 he enlisted in the Marines, serving four years including a tour in Vietnam. Upon his discharge in 1967, he settled down in Springfield, Massachusetts, working odd jobs and just “hanging around.” In 1973 he joined the Springfield Police Department and served 32 years in law enforcement.

This article was originally published by IssueWire. Read the original article here.